Vince Lombardi Speech to a Club of Former Athletes 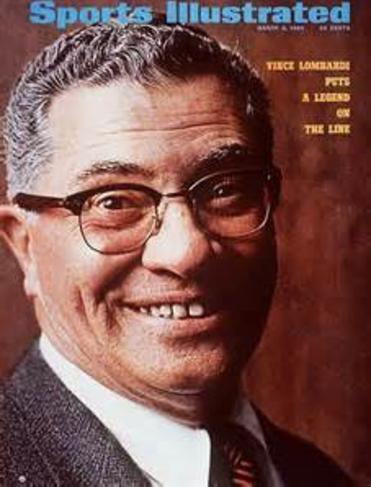 About 1 month before this speech was delivered to the Agonis Club at Suttmillers Restaurant in February 1969 Lombardi met with the new Washington Redskins president the night before Super Bowl 3 in Miami Florida. He agreed to coach the team after Edward Bennett Williams offered him complete authority over all personnel and football operations, the position of "Executive Vice President", and a 5% ownership stake. The Redskins would finish with a record of 7–5–2, their first winning record in 14 years. Lombardi lasted only one season with the Redskins; he was diagnosed with terminal cancer after the 1969 season and died shortly before the 1970 regular season was to start.

Vince Lombardi never had a losing season as a head coach in the NFL, compiling a regular season winning percentage of 72.8% (96–34–6), and 90% (9–1) in the postseason for an overall record of 105 wins, 35 losses, and 6 ties in the NFL. In 1970 the NFL renamed its Championship Trophy the Vince Lombardi Trophy, in honor of the coach.